My Name Is Irrelevant

Hello, my name is irrelevant, what's important is that I'm an addict. Recovering addict. I was addicted to telling the victim story. The one where "bad things happen to me", and "woe is me" story.

Things got so bad for me I began drinking...but first, the back story.

My roots are deep in First Nation (Dine), and Aztec Indian.  To say alcohol is in my DNA is pretty much fact. My family, on both sides, are purveyors of spirits. They have an intimate relationship, one which has led many to am early death.

I began drinking heavily after my back injury. I was depressed, medicated with Vicodin and muscle relaxers.  I had a major life style change and not by choice! My thirst for alcohol was small at first but my body has a very high tolerance. As the weeks went by, the number of drinks increased until I was drinking Johnny Walker Red straight up, no chaser. That was my favorite, followed by Dirty Martinis. Because Vodka and Olive Juice!

But I'll never forget the day I stopped drinking.

Many, many moons ago,  around this time, I went to a Halloween party with my best friend, *Nick. This party was a partay! Drugs, booze, pool, BBQ, the whole ensemble! They kept serving us drinks and lines, which we greedily drank and inhaled.
The next morning, because that's what I recall, I awakened in my bed and unable to recount the night before, it was hazy. The only thing I knew for sure was that I was safe. Nick had kept me safe and got me home safe. I got up to get dressed and walked to my closet and felt a wet spot on the carpet.

I thought, oh my God, I peed on the carpet.

Are you laughing yet? Or still in disgust?

I had peed on the carpet right in front of my closet. Like an addict. Like someone who had lost it.

Because I had. In my world. In my mind.

I had blacked out and lost control.

That was my rock bottom.

I vowed then and there to never drink again.

To drop the addiction.

Too often we say it's an addiction and it has us in its grip, but it's us who won't let go.

Maybe not even then.

And everyone's bottom is as deep as their trauma.

My fear of loss of control was stronger than my desire to lose control.

At first, I drank to lose control, to forget, to let go.

By the end, I was terrified to lose it completely.

I found my line, my boundary.

But most don't. Desire is stronger than fear.

While I do see the addictive part of me rear is egotistical head sometimes, I decapitate it with gratitude. For I'm in a much better place now than I was then.

For that, I'm grateful.

I have compassion for those who are addicted because their rock bottom is deep.

So deep they are still falling. 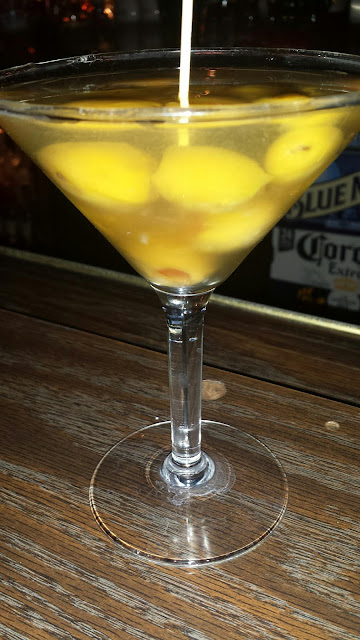 Posted by Elizabeth Peregrina at 1:42 PM